The Lazarus Effect was a film that I had been wanting to see for a few months. The premise was interesting and there were some recognizable people in the cast. Olivia Wilde plays Zoe, a research doctor at a university alongside her fiancé and some friends. While trying to make a breakthrough in a treatment for coma patients, they discover their serum can actually bring the newly deceased back to life. A sci-fi/horror film that had all the makings of success, but it fell short. 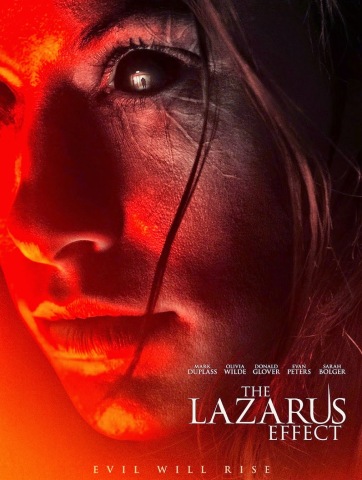 A successful trial on a dead dog warranted celebration from the group. However, that was short-lived when they were shut down by the University for going off their original research. In an effort to quickly replicate their experiments, in hopes they don’t lose credit for their discovery, they break into the lab. While rushing to finish the experiment, Zoe is killed in a lab accident. Her grief-stricken fiancé franticly injects her with the serum in hopes it will bring her back – and it does.

After that, the movie loses me. Zoe comes back and seems “normal” at first, aside from saying she was in Hell for years. Her fiancé doesn’t believe her, but Zoe insists that she was trapped inside a reoccurring nightmare. She starts to exhibit signs of telepathy and telekinesis. She can hear her friends whispering that something is wrong with her, which only upsets her further. So one-by-one, she begins to kill everyone using her telekinetic powers.

What I don’t get is the WHY. Is she possessed? They’ve only expressed concern, nothing to warrant her feeling paranoid enough to kill them off – especially her fiancé who loves her terribly. There just didn’t feel like enough of an explanation, nor enough time, to understand the purpose. Most importantly, why did she have to kill the dog!?

For me, the film made no sense. Sure if she was in Hell for years she’d be messed up. However, I don’t believe she would just instantly be evil upon return and want everyone dead. There were several parts throughout the film where you almost think there is some sort of demon inside her. But that’s never fully explored. All we get is her killing everyone and the film ends with her running the same experiment on her fiancé and bringing him back, and I assume she will do so on the others. So she didn’t want them dead? What the writers seem to have lacked was reason.

Even more confusing, Zoe’s Hell was her reliving the moment her apartment burned down as a child. She watched her neighbors die and it’s revealed she had lit the match that started it. She was just a child, but apparently that was the reason she went to Hell. Was it Hell that made her crazy or the serum? When bringing her friends and fiancé back, will they become monsters too? Wouldn’t they all need to go to Hell? Would they all be deserving of Hell?

The film cuts off right as her fiancé takes his first breath, so the audience really gets no closure or any answers. If the second half of the film was more developed, this film could have been a pretty decent horror/sci-fi flick, but with so many holes and things unanswered, it’s a forgettable film. 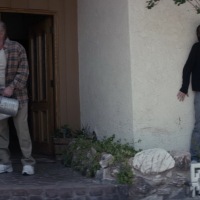