Insidious is easily one of my favorite horror films. The sequel is also a favorite of mine. So I don’t know why it took me so long to watch the third, but boy was it nice and creepy.

The thing I love most about this franchise is how wonderful the set and creature designs are. They are all cohesive throughout the films and have such a specific look. I especially love The Further and the uniqueness of the ghosts within that realm.

Insidious and Insidious: Chapter 2 both focus on the same family within a short timeframe. The third installment is a prequel, which I wasn’t a huge fan of at the start. It focuses on our friend Elise and how she started her ghost hunting ways with pals Specs and Tucker. She’s ignored her paranormal gifts after the death of her husband and is only brought back to it after a young girl, Quinn, asks for help reaching her deceased mother.

Unfortunately, Quinn has already been connected to an evil spirit in the form of a ill-looking man. Bedridden from an accident, Quinn is tormented by this ghost as it attempts to consume her soul. It really lends itself to some extremely terrifying scares.

I don’t know if it’s because I’ve seen the other two so many times, but this film seemed to be way scarier than its counterparts. Relying on some truly freaky things to keep the audience in suspense the majority of the film. There are some slight ties to the first film and the family we see in that. Director and writer Leigh Whannell, who had roles in the other two as well, did a fantastic job in really crafting an experience for the audience and I hope he plays the same role in the fourth installment.

UPDATED: Read my review for the fourth installment – ‘Insidious: The Last Key’ Delivers The Scares But Not A Worthy Finale

13 comments on “INSIDIOUS: CHAPTER 3 Review & The Future Of The Franchise” 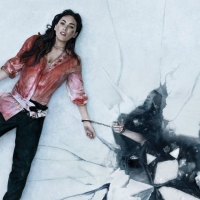