Struggling to keep the family legacy afloat, a brother and sister will set their sights on infamy as they hope to capture footage of a UFO. But there is more in store for them aside from a basic flying saucer. Written and directed by Jordan Peele, Nope is a slight departure from the straight-up horror he served in his first two films, but he still offers a tense spectacle even without the terrors.

After the sudden death of his father, OJ Haywood (Daniel Kaluuya) is left in charge of running the family business Haywood Hollywood Horses, a well-respected animal stunt ranch. His sister Em (Keke Palmer) returns to help, though she’s a bit more focused on her potential career than supporting him.

One evening, the ranch experiences a mysterious electrical blackout, and OJ witnesses something unidentifiable in the clouds. So they devise a plan to capture what they believe is a legitimate UFO—and the fame and fortune that comes with such proof.

As Peele has quickly become a masterful storyteller in the horror genre, he veers slightly off course to deliver a true science-fiction adventure with Nope. While there are certainly elements of horror throughout, with tense periods, he’s created something that feels like a throwback to the old extravaganza of invasion films. It’s a film less focused on all-out frights and more on the mysteries of the unknown.

Something I’ve appreciated since his first feature was how meticulous he is with his writing. I think that’s why genre fans have latched onto him with so much admiration. He constructs an experience with his films with a wonderful cleverness in what he envisions. There’s always so much to examine and uncover, from references to costuming to set designs.

And above all, Peele chooses the right people for his films. After captivating viewers in Get Out, Kaluuya delivers another sensational performance in this film, which made me love this pairing even more. Though, it’s Palmer who shines brightest as she flexes her acting prowess. She’s an absolute scene-stealer, whether it’s moments driven by humor or heart. This is her film.

But with every ounce of greatness, I can’t help but focus on some aspects that underwhelmed me with this film. Peele has been pretty fabulous at delivering great twists or unveiling certain nuances in the latter half of his movies. With Nope, the “reveal” doesn’t feel quite as grand and didn’t shake up expectations presented in the trailers.

After that point, it felt like the third act was a bit all over the place. It did a backstep after one of my favorite sequences in the film—a certain “rain” upon the house moment—where it just seemed like the stakes didn’t amp up. Though, the performances carried you through as a viewer with a beautiful final scene.

Despite my qualms with the final act, Peele delivered another fantastical film. One that we can dissect as an audience for many viewings to come. It’s an exhilarating ride and there’s another level of beauty with how he pays respect to filmmaking in general in the surroundings of this tense sci-fi thriller.

Nope proves that Peele is not afraid to take risks with originality while honoring the things that have molded him into the filmmaker he is today. And that’s why his films are such a thing of beauty.

Nope is now playing in theaters 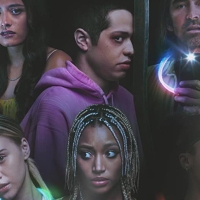 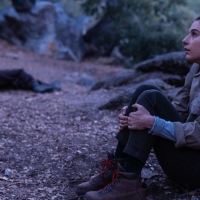