Fox’s new series Lucifer premiered last night starring Tom Ellis as the titular character. The series, based off the DC comics, was executive produced by Len Wiseman of the successful Underworld franchise. While the supernatural procedural was entertaining at the start, I felt a departure by the end. Sadly, this series doesn’t have the fire you’d expect from a show about the King of Hell.

The series revolves around Lucifer Morningstar, aka the Devil, now living in Los Angeles. He’s become bored with his role as the keeper of Hell and is now running a nightclub called Lux. He winds up helping a detective with the LAPD hunt down the killer of one of his “friends”. It seems that his time with humans has been softening him up a bit. Within the first episode, he also becomes interested in Detective Chloe Decker, who’s immune to his charm and ability to make anyone reveal their hidden desires.

What I liked about this show was the character of Lucifer. He’s funny, charming, and a jerk. It’s what I imagine Lucifer to be like if he were real. You also catch a faint glimpse at his “true face”, which looks very interesting and I wanted to see more than they teased. That’s pretty much where the positives ended. I think the show has – or had – potential to really do something great with the character and the actor portraying him, but it lost me by the end.

I feel as though this show is forgettable. It’s very similar to Sleepy Hollow and I kept thinking of shows like Castle and Bones. Do we really need to repeat the same formula: one man, one woman; two distinct personalities who solve crimes together and eventually fall in love? While I enjoy the shows mentioned, I’m done with that dynamic as it is no longer interesting.

It’s quite hilarious too that Supernatural, who has reintroduced their Lucifer, made a jab at the new series in last weeks episode. Mark Pellegrino’s Lucifer jokes that he’ll “move to Los Angeles. Solve Crime”. Which sounds just as ridiculous when watching the new series. I wanted to understand why Lucifer would enjoy his life in LA, but I couldn’t, and it was truly a disappointment.

0 comments on “LUCIFER Premiere Not So Devilish”

Hi, I’m Jordy and if you couldn’t tell, I love movies. I created JRI to share my thoughts on current cinema – the good and the bad. My main goal, though, is to get people excited about filmmaking in general, check out movies they might not otherwise, and form a discussion. So grab some popcorn and let’s watch some movies! Reviews are spoiler-free unless otherwise stated. 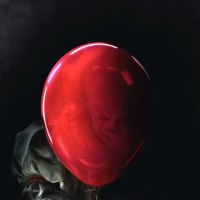