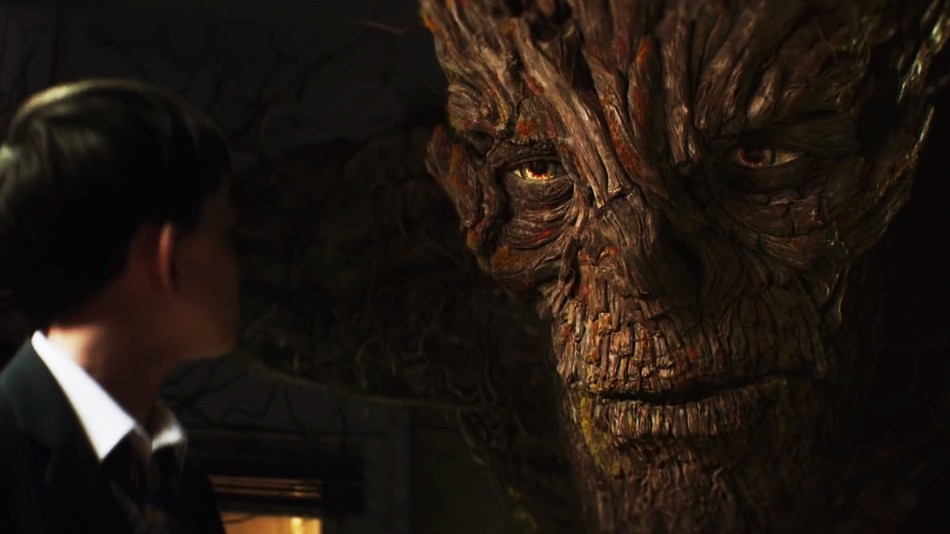 A young boy coping with his mothers terminal illness, unknowingly calls to a monster to help him, and ends up learning some life lessons in the process. Based on the 2011 children’s book of the same name, A Monster Calls may seem like a simple fantasy film, but it goes beyond that to tackle a very real tragedy – losing someone. Word of advice: bring a lot of tissues to this one.

Conor O’Malley (Lewis MacDougall) is going through a lot for a young boy. Between his terminally ill mother Lizzie (Felicity Jones), attacks from school bullies, and reoccurring nightmares, he’s a bit lost. With his father remarried and living in Los Angeles, his mother is seemingly his only friend and it’s apparent he struggles to understand the severity of her condition.

One night at 12:07am, he is visited by a humanoid tree monster, voiced by Liam Neeson. The Monster promises him three tales, and the fourth he wants told to him by Conor. So he begins to tell him fairytales that reflect something other than a shiny happily ever after. He tells the boy he will not help him with his problems, but instead teach him how to deal with them on his own.

The film is beautifully shot using real locations in England and a motion-capture performance by Neeson for The Monster, while the tales told are visualized using watercolor/storybook style animation. As the story progresses, the stories being told begin to merge with the real world.

While the film stars some amazing veteran talent, including Sigourney Weaver, the young Lewis MacDougall steals the show. He gracefully delivers some of the most emotional lines in such heartbreaking scenes. For someone his age to take hold of this type of heavy material and deliver with a strong conviction, it’s truly astonishing and he’s definitely someone to watch for in the future.

The film itself is a hard one to get through without tearing up. Although, it’s a bit of a therapeutic film despite all the sadness. Anyone who has watched someone they love battle a terminal illness can relate to Conor and his varying emotions. It’s a touching film with a wonderful message but be prepped to feel emotionally drained by the end.

A Monster Calls is in theaters today!

0 comments on “Fairytales and Reality Coexist In A MONSTER CALLS”