In the distant future, Wolverine, well past his prime, is caring for a sickly Charles Xavier while maintaining an obscure life. When he meets a young girl with similar mutant abilities, they embark on a trip to find a safe-haven and escape from the bounty hunters looking for her. Logan is a gritty and emotional send-off for one of the most beloved cinematic characters. It’s raw, emotional and brutal – and a beautiful final film for Wolverine. 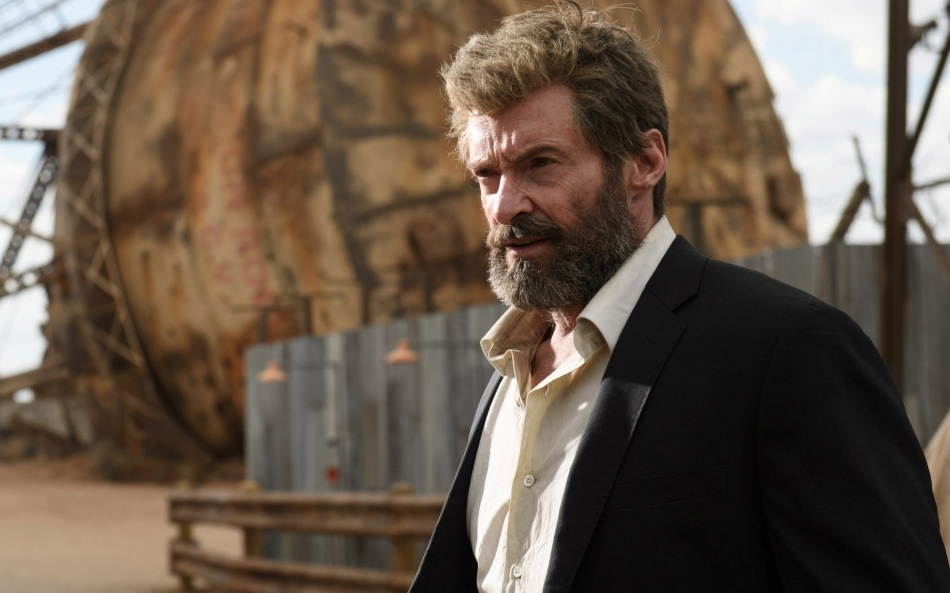 In the year 2029, we find Logan (Hugh Jackman) leading a life as a chauffeur while taking care of an extremely unwell Charles Xavier (Sir Patrick Stewart). Life has not been kind for the two who now live in an abandoned building in Mexico with a mutant named Caliban (Stephen Merchant). Xavier is struggling through seizures and dementia – a stark contrast for the once powerful Professor. However, he is not the only one suffering an ailment. Logan’s powers seem to be dwindling as he is having difficulty healing and experiences a lot of pain.

With mutants virtually extinct, they are shocked to find out a young girl named Laura (Dafne Keen) possesses the same mutant abilities as Logan does, adamantium claws and all. After bounty hunters show up looking to take her away, Logan and Charles embark on a trip to get the young mutant to safety.

It’s a somber and emotional movie, the tone weighing heavy from the start. Heartbreaking as you see the lives of our beloved X-Men are no longer as rich as they were when we were first introduced in 2000. They no longer have the beauty and security of Xavier School for Gifted Youngsters, nor their powerful friends. It was a hard pill to swallow to see our heroes in their current state.

From the first scene, the cinematography made it clear this was going to be unlike anything in the X-Men universe. Visually the film was breathtaking, gritty and dark. Director James Mangold established prior to the films release that he pulled a lot of stylistic inspiration from film noir, old classic films such as westerns and Germanic expressionism. Void of all the flashiness previous films upheld, Logan frames itself as an anti-superhero film.

Thanks to the success of the R-rated Deadpool, it was announced early on that Logan would also be rated R. With this, they were able to truly embody the brutality of Wolverine, his antihero tendencies and colorful vocabulary. Not only did it allow for intense action, but also great moments of dialog between Stewart and Jackman, solidifying their characters Father-Son relationship as they bickered back and forth. It’s R-rating is less about vulgarity and more in a way to establish a realness.

The only negative I could find within the film was that important pieces of information felt skirted over. We’re made well aware that all their loved ones are gone, which is briefly explained as to how, but we needed more. After X-Men: Days of Future Past established the survival of some previously deceased characters, I was expecting to hear more about them in this film. Which I will warn, boasts no cameos nor an end credits scene.

This was a fond farewell for a character I wasn’t ready to let go of. Despite lackluster film incarnations at times, Hugh Jackman’s portrayal of Wolverine has been one of the best and most consistent film characters of the past two decades. With Logan being framed as the last film for the character, the franchise luckily lives in the realm of non-linear storytelling. So we can only hope to see Wolverine once more.

Logan is in theaters March 3rd

I need all the coffee today 🥱😴 (p.s. my computer is so dirty, don’t judge me)
This bookcase, at one point, was crazy looking. When Blockbuster went out of business, I would go and buy as many movies as I could on sale. I wanted to have an insane collection, but it honestly started to overwhelm me. I’ve finally started to weed out the films I didn’t care for and took out tv series sets I’m never going to watch again (I could probably get rid of the two seasons of Boy Meets World I have too 🤣). I’m proud that I’ve cleaned out as much as I have. I’m trying to get that Harry Potter shelf on another level, so the space is important 😝