When a young girl enters a singing competition to break away from her rural life, she will find her own voice and uncover a confidence she never knew she had. Fueled by a perfect, funky pop soundtrack, Teen Spirit surpasses a notion that it’s a simple teen drama. Marking the directorial debut of Max Minghella (The Handmaid’s Tale), this film is an energetic escape from reality and one of my favorites from SXSW. 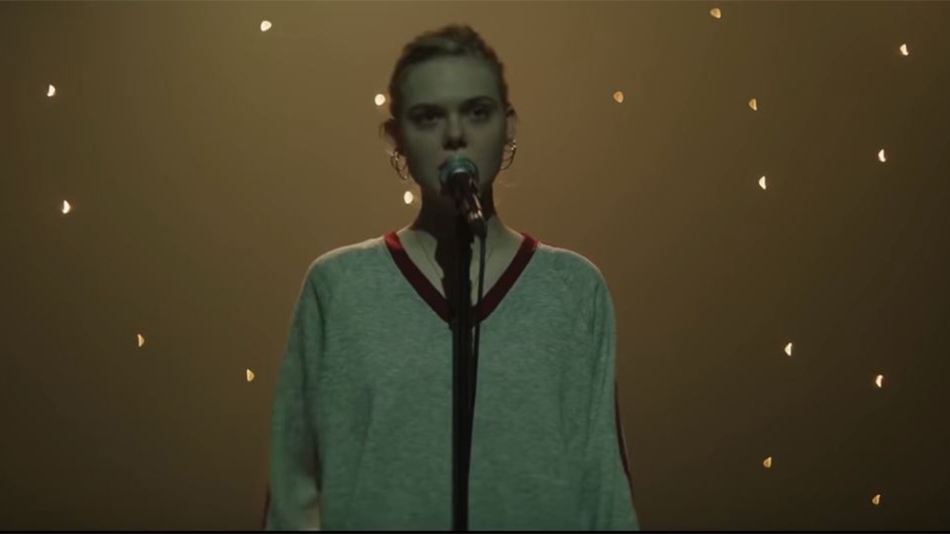 Violet (Elle Fanning) is a quiet teenager, living with her single mother in their run-down cottage. She works a part-time job with her mother, while also moonlighting as a dive bar singer, just to make ends meet. Her only escape from her small town is the music uploaded to her outdated iPod. When a UK singing competition advertises upcoming auditions, Violet hopes this will be her way out once and for all, though she is way less prepared than the other competitors.

She finds an unlikely mentor in Vlad (Zlatko Buric), a drunk who frequents the bar she sings at. After offering her a ride home, she asks him to act as her “guardian” so that she can audition without her mother knowing. It would seem Vlad has more knowledge in the subject of music than she could have ever assumed, and the two set their sights on Violets dreams of stardom.

Opening with Grimes’ “Genesis”, this film establishes itself as a musical powerhouse. Throughout, Fanning impressively sings a long list of empowering female songwriters from Annie Lennox to Robyn, and newer artist Sigrid. With every songs conclusion, you’re left with a desire to applaud, as she undoubtedly performs like a true rock star. Each song, in some way, representing her character’s trajectory throughout the story. The film keeps up with its musical influence, with a handful of vibrant, neon sequences that just scream 80s/90s pop star. It creates this beautiful halo around Fanning as her character performs in front of hoards of television fans and judges.

Without describing the whole flick, I’ll just say I truly enjoyed the euphoria this film projects. It’s not riddled with unnecessary drama, it’s not trying to be edgy in a shocking sense. It’s simply a film about a deserving girl going after her dreams, without sacrificing herself. A message about staying true to yourself.

0 comments on “TEEN SPIRIT Is An Energetic Escape”