When the family patriarch takes his own life the night of his 85th birthday, a renowned private detective suspects the story is far more complicated. Directed and written by Rian Johnson, Knives Out is a brilliant whodunnit film that is so much fun to unwrap and piece together. With a stellar cast, some killer humor, and a mild political undertone – it’s surely set to entertain everyone.

Harlan Thrombey (Christopher Plummer) is a celebrated crime writer whose dysfunctional family joins in celebrating his 85th birthday. The next morning, Harlan is found dead, seemingly having taken his own life. While the entire family believes that to be true, local Detective Lieutenant Elliot (Lakeith Stanfield) is joined by Benoit Blanc (Daniel Craig), a private detective mysteriously hired to solve what he believes to be a murder.

Detective Blanc takes a liking to Marta (Ana de Armas), Harlan’s caretaker and best friend, who is distraught over his loss. Considering her closeness to the deceased, and awareness of the family drama, Marta helps Blanc unravel the events of the party night and various motives the family may have had to murder Harlan.

From the start, Knives Out reels you in with its adventurous murder mystery plot. It doesn’t play out in typical fashion, revealing key moments at unexpected times. However, it’s so intricate that nothing is ever entirely what it seems. It makes it a total blast for the viewer, keeping you thoroughly intrigued by all the madness.

The cast for this film was a huge draw for me from the moment the trailer dropped. Aside from the above mentioned actors, you have Chris Evans, the incomparable Jamie Lee Curtis, Michael Shannon, Toni Collette who plays a wacky, vapid lifestyle guru, as well as Katherine Langford (13 Reasons Why) and Jaeden Martell (IT: Chapter 1 & 2). This incredible line-up is not just for show, as each takes on a character so well crafted. And despite their over-the-top nature, very relatable to your own family – even the much beloved political bickering that comes with reuniting *I say with immense sarcasm*.

Each and every actor truly shines in their respective roles, delivering some incredibly hilarious lines, as well as physical comedy, keeping the overall tone of the film light. Craig and Collette stood out most to me, as I’m still dealing with the affects of Hereditary and he’s best known for his take as James Bond. They both command the scene in every moment, and even when placed to the side or background, are still catching your eye.

This is one of those films that provides a thrilling ride for the viewer the whole way through, and it’s devilishly charming. Never once is there a dull moment, and at just over 2-hours in runtime, it’s quite a testament to its screenplay and cast. It’s obviously a modern story, but it has some great elements of classic mystery films and novels, even giving me major Clue (1985) vibes. Honestly, I think it’ll be one of those movies that you’ll want to watch over and over again.

0 comments on “KNIVES OUT is a Fun, Classic Whodunnit” 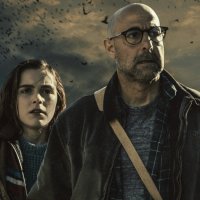 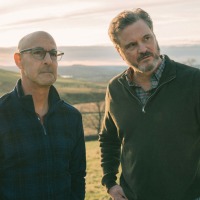