Today marked the second drop for “Welcome to the Blumhouse” on Amazon Prime Video. After enjoying the first two, I was really excited to see what this next batch had to offer. Unfortunately, only one proves worth your time. However both suffer from a drawn out narrative, that would have been better under an episodic time constraint, rather than forcing a full-length film.

Approaching her 30s, Pallavi (Sunita Mani) feels the pressure from her family to marry soon. One day, she meets a man named Sandeep (Omar Maskati) and the two hit it off quickly. They begin a relationship, which concerns her mother, as he sounds “too good to be true”. As their relationship progresses, her mother begins to fear that he may be a piece of her painful past.

Based on Madhuri Shekar’s 2019 audio book of the same name, Evil Eye is an okay film, but certainly not in terms of something billed as a thriller. While I appreciated the diverse story, with a look into Indian culture and superstition, I thought the pacing was far too slow. For starters, it needed to amp up the bizarre things Sandeep did, to really solidify Pallavi’s mothers fears. I don’t think anything he did were so odd to have justified how fearful she was from the start.

The film picks up in the third act, slightly, but I felt at that point I had lost interest a bit and could see how other viewers would trail off. I also felt too much is given away from the start, so there’s not much interest in the end. No real twist or an a-ha moment that recaptures you. It’s just nothing appetizing for your eyes or mind. So sadly, I feel this may be one to skip.

A shy music student Juliet (Sydney Sweeney) is overshadowed by her more successful twin sister Vivian (Madison Iseman) at their prestigious arts school. One day, Juliet discovers the journal of a star student, who had jumped to her death six months prior. As she prepares of an upcoming concerto, she seems affected by the bizarre illustrations within the journal, while also battling the pressures she’s set for herself; in competition with her sister.

Marking the debut of writer/director Zu Quirke, Nocturne is a psychological horror, having you question whether the things Juliet is facing are supernatural or her cracking beneath the pressure. Out of the four “Welcome to the Blumhouse” films released so far, it is definitely the one with the most horror elements, with some nice effects popping up.

I found it to be a little convoluted at times, but it recovers with some eye-catching cinematic moments; with electric lighting that juxtaposes against its overall washed out tone in more dream-like sequences. Like the aforementioned film, this one also picks up significantly in the third act, amping up the shock value with an unexpected, unnerving final bow.

THE INVITATION: A Slow-Burn With a Horrifying Twist

The Invitation is a film I’ve mentioned several times on the site before, but I think about it so often that it needed to have its separate moment. Starring Logan Marshall-Green, Tammy Blanchard, and Michiel Huisman, the film is an enthralling low-budget horror-thriller that END_OF_DOCUMENT_TOKEN_TO_BE_REPLACED

Some of my favorite childhood movies were the super weird dark comedies. I’m not sure how—or why—I was allowed to watch, but these bizarre flicks were at the top of my list as a kid. They are by no means END_OF_DOCUMENT_TOKEN_TO_BE_REPLACED

WELLINGTON PARANORMAL Is Effortless in Its Spooky Charm

From the brilliant and wacky minds of Taika Waititi and Jemaine Clement, Wellington Paranormal follows police duo Officer Kyle Minogue (Mike Minogue) and Officer O’Leary (Karen O’Leary) as they investigate some unusual cases in the New Zealand city. A spin-off of the END_OF_DOCUMENT_TOKEN_TO_BE_REPLACED

0 comments on ““Welcome to the Blumhouse” EVIL EYE & NOCTURNE Review” 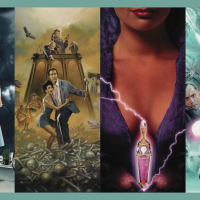 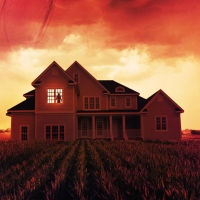 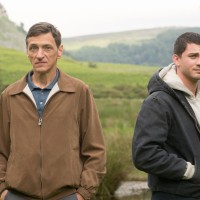