After escaping an abusive relationship by accepting a nanny position in the UK, Greta soon realizes her new job is less than normal. The child in her care is not a child at all, but a porcelain doll named Brahms. Not long after her arrival, bizarre things begin to happen and it would seem that Brahms is more than a doll and possibly something more sinister.

Greta is left in charge of Brahms, as his parents are away on an extended holiday. The couple treats the doll as if he is a real living boy, giving him music lessons and reading to him – and Greta is to do the same. She is given a list of peculiar rules to follow, which she immediately scoffs at and ignores.

Isolated with Brahms in the beautiful estate, her only real human interaction is Malcolm, who delivers groceries to the home from time to time. He informs Greta of the sad history of the family and the reason the couple treats the doll so well.

As Greta settles into her new life and role, disregarding her list of responsibilities, she begins to experience strange things. She can hear a child crying and her belongings tend to go missing or are misplaced. Even more frightening is that she sometimes finds Brahms in new positions and locations than where he was left. She realizes that Brahms is “alive” and recognizes that she must follow the rules to appease him.

The film is very creepy overall, with a moody atmosphere and setting. Similar to Dead Silence and Annabelle, we are left wondering what is the secret hiding behind the dolls vacant stare. It’s such an interesting concept with a mystery hidden deep within – and it’s a fun one to explore.

On the surface, there are many great jump scares and moments that leave the viewer uneasy throughout. All around, this film is very enjoyable and frightening, until we arrive at the “twist”…

stop reading if you don’t want them

Earlier in the film, Malcolm, our precious grocery delivery guy, tells Greta the tragedy the family faced when the real Brahms was a child. A young girl had died and many believed Brahms was the one who killed her, and not accidentally. Soon after, the home mysteriously caught fire and Brahms perished inside.

After Greta’s abusive ex Cole surprises her at the home, he becomes enraged by her love of the doll and her refusal to return to the US with him. He rips Brahms from her grasp and smashes the doll into pieces. The lights begin to flicker and movement can be heard from behind the walls. Cole places his head against a mirror to hear where the noise is coming from and it bursts. They look on in horror as an adult Brahms, wearing a similar porcelain mask, crawls through.

We realize that Brahms did not die in the fire 20-something years ago. Instead, he’s been living in the walls, watching his parents and Greta while living vicariously through the doll. While running through the walls trying to escape, Greta finds a suicide note by Brahms’ parents explaining that she is a gift to him and that they can no longer care for him. Greta presumably kills Brahms in a struggle and leaves. However, we soon see him repairing the broken doll.

This “twist” really ruined the film for me. It reminded me too much of Black Christmas, where the killer was also living in the walls after being presumed dead. I wondered why the parents would keep him there, and how they built such an intricate system of tunnels and secret doors. Especially without no ones knowledge.

It was also frustrating that so much was built upon the supernatural element, that the reveal of Brahms being alive seemed off in some way. I needed more understanding of Brahms’ disturbed mentality, perhaps the parents also having some part in his psychotic nature – as I especially struggled to understand their motivations.

A supernatural reasoning would have been so much more appealing and terrifying. For me, humans moving things around aren’t quite as scary as the spiritual.

4 comments on “THE BOY Ruins Itself In The Twist” 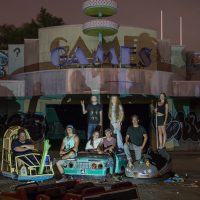 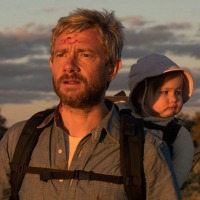 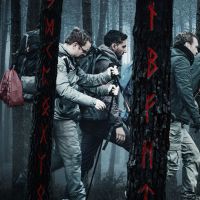 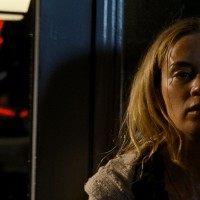 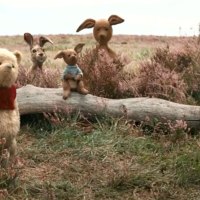