As Summer winds down, the thing I most look forward to, besides Halloween of course, is Fall television. When networks unveil their newest series in the hopes of captivating audiences. There are few that succeed into renewal, but FOX is hoping three science-fiction shows will have what it takes to pull in viewers. Here are my first thoughts on the pilot episodes of The Orville, Ghosted, and The Gifted.

The Gifted takes place in the X-Men universe, when mutants are still seen as dangerous members of society. Reed Strucker (Stephen Moyer) is a District Attorney who often puts mutants in prison to keep the public safe. When his two children Lauren (Natalie Alyn Lind) and Andy (Percy Hynes White) reveal themselves to be mutants, they must go on the run, with the help of other mutants, to hide from the government. Also starring Amy Acker , Sean Teale and Jamie Chung, the series will be totally connected to the X-Men cinematic universe and feature a 10-episode first season.

While unable to avoid some stereotypical cheesy moments, the pilot episode was action packed and dove right into the story of mutants in the current climate. It’s much different from what we’ve seen in the films, in this world, the X-Men are gone. Overall, it was pretty fun to watch, especially with all the easter eggs and smart cameos.

Unfortunately for me, the rough cut that was previewed was clearly lacking better CGI moments and had some ADR problems. I found some of the visual representation of the mutant powers to be one of the weaker points, sometimes laughable. But hopefully with some fine-tuning before its official release on October 2nd, all will be well. 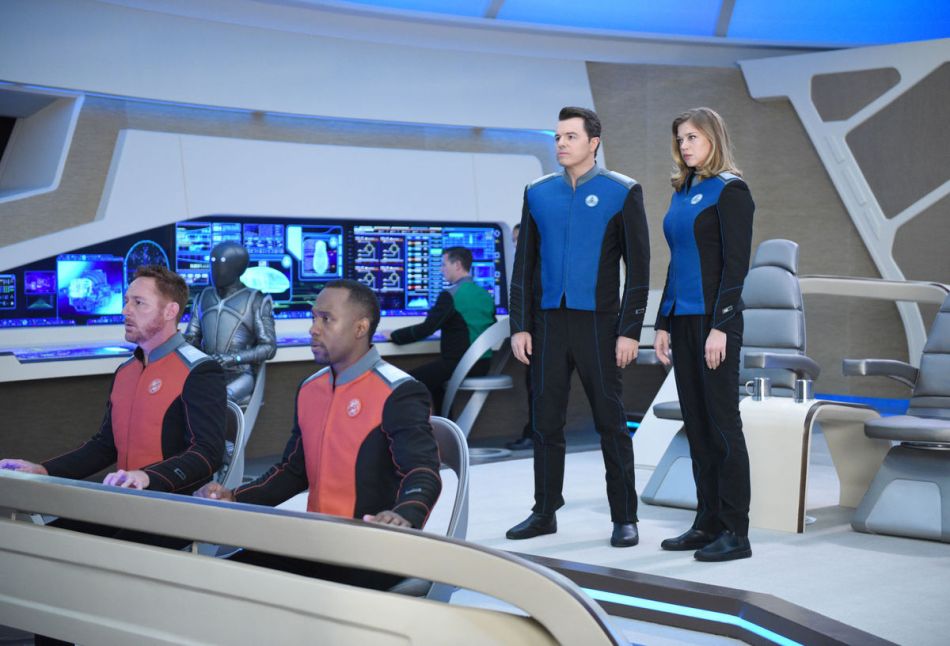 The Orville is new comedy by Seth MacFarlane, who also stars as Ed Mercer, the newest captain of the Orville. After his wife cheats, Ed finds himself in a bit of a downward spiral for the next year, until Admiral Halsey (Victor Garber) hesitantly gives him one more shot. He’s excited and focused on proving himself, that is, until his ex-wife Kelly (Adrianne Palicki) gets positioned as his first officer.

The series, which premiered on September 10th, really struggles to land laughs. With every comedic line, a trail of painfully obvious dead space sits behind. Not that the series would do any better with a laugh track, but something has to be done to tighten up dialogue so the audience doesn’t feel the ghostly echoes of stale comedy. It’s not satirical enough to be a parody, nor fresh enough to stand out on its own. 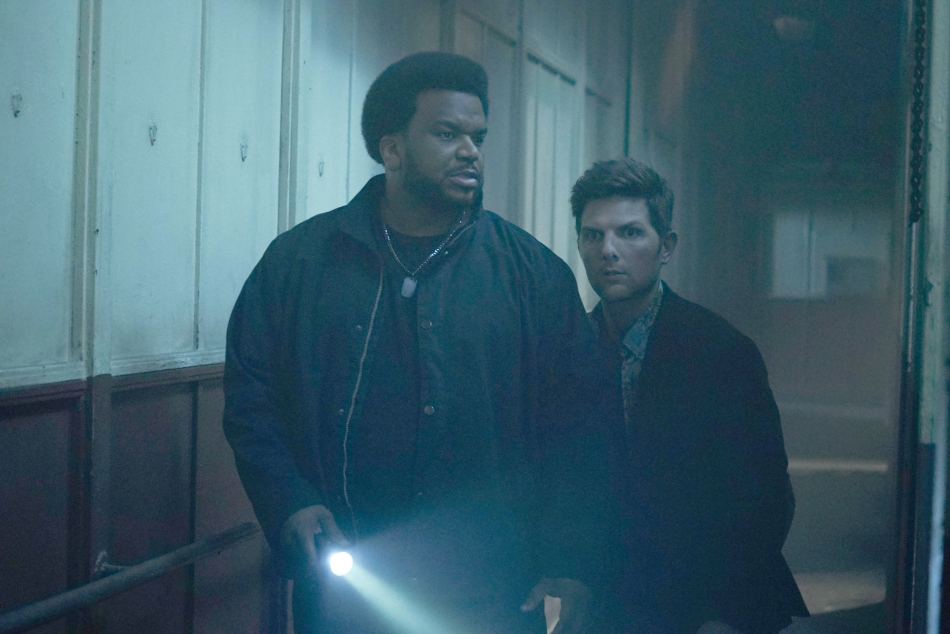 Ghosted, premiering on October 1st, stars Craig Robinson and Adam Scott as a Mulder/Scully type duo investigating paranormal events in Los Angeles. When a top agent at the secret organization, the Bureau Underground, goes missing, the two are brought in for their expertise in the area. Leory (Robinson) being a former LAPD Detective turned mall security, and Max (Scott), a genius ex-Stanford Professor who lost everything after claiming his wife was abducted by aliens.

The series is a fitting addition to the Fall line-up, just in time for the Halloween season. It had the perfect blend of comedy and creepiness. It seemed to be the most put-together pilot of the night, with characters being well established, jokes landing, and the two actors really providing great, comfortable performances. It certainly didn’t feel as though it hadn’t found its footing yet, which can sometimes be obvious in a pilot. Overall, the show seemed to have just about everything a great sci-fi, supernatural series should have.

Which of these new Fall series on FOX are you tuning into? And what other upcoming shows are you excited to watch this season?

0 comments on “FOX Fall Preview | THE ORVILLE, GHOSTED, and THE GIFTED”