After seeing “I’m Just F*cking With You” at SXSW this year, I was extremely curious to check out the full anthology series Into The Dark on Hulu. Well, long story short… I didn’t. Life got in the way and I didn’t quite get the chance to dive into the series as I had hoped. However, thanks to the lovely Fourth of July long weekend, I was able to finally check off that “to-do”.

If you’re not familiar with the series, Into the Dark features a new episode each month, based on a holiday in said month. Some are super obvious, Halloween and Thanksgiving, and others are a bit more fun like the above mentioned episode where it’s based on April Fool’s. The series began in October of last year with none other than a Halloween-themed episode titled “The Body”. 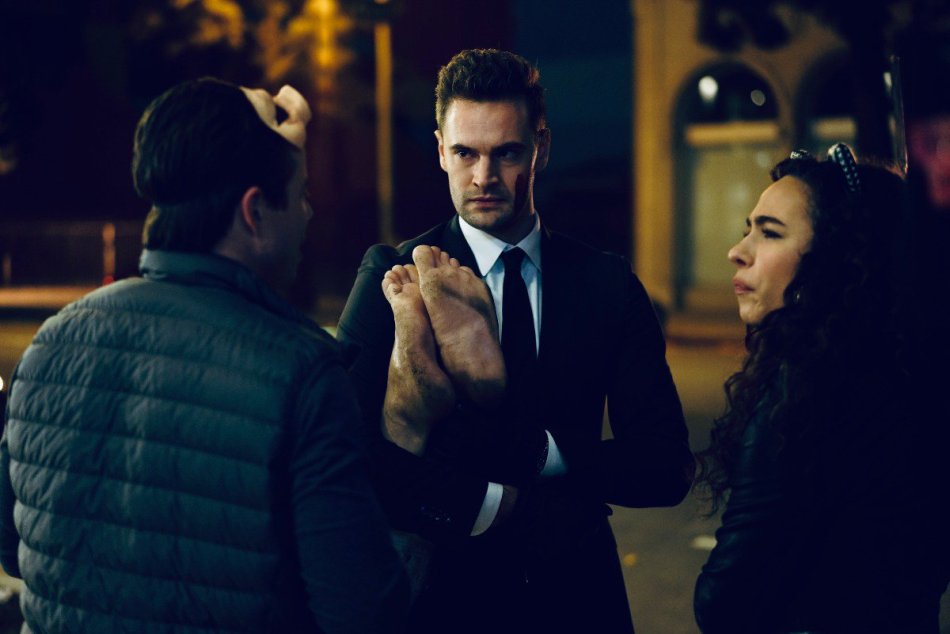 It’s Halloween night and the streets are overrun by costumed folks looking for a good time. While most are worried with getting to their wild parties, Wilkes (Tom Bateman) is concerned with removing the body of the man he just killed. A hitman for hire, he’s just murdered a wealthy man and has just 5-hours to complete the final part of the job – body disposal. He makes his way to the streets where everyone mistakes the dead body as part of his costume. Stanching his getaway, a group of friends (David Hull, Aurora Perrineau and Harvey Guillén) convince him to tag along to a party, which is a great cover as police are patrolling the streets.

The party is an obnoxious, club-like event – full of rich millennials who just love his wild costume and realistic prop. Looking for the best way out, he finds himself chatting up Maggie (Rebecca Rittenhouse) who seems extremely intrigued by his mysterious persona. He teases his hitman ways, but it’s easily passed off as an act. She offers him a ride, growing tired of the party herself. But not long after, she’ll discover his costume is far from a gimmick.

While it’s not as scary as I would have hoped for a Halloween episode, it was fairly fun to watch. I enjoyed the humorous and more ridiculous parts to it, as Wilkes maneuvers around the city with everyone completely unaware. It unfortunately drags quite a bit though and doesn’t quite excite enough. I felt sometimes it held too much focus on the goofy aspects, instead of forming a great solid and thrilling plot. The added distraction of a “love interest” just felt displaced and meaningless.

But with all those mediocre aspects, I think the foundation of the episode, which is based on a short film from 2013, is a great idea. I wouldn’t be mad if I saw the writers take the plot and present it again with a different formula. This one is decent to watch, but doesn’t come close to the perfection of “I’m Just F*cking With You”. The reality of an anthology series with a short-film format is that episodes can be hit or miss. The beauty of that is you can still find gems within and I’m excited to continue the series and see what the other holidays bring.

0 comments on “INTO THE DARK: The Body [review]” 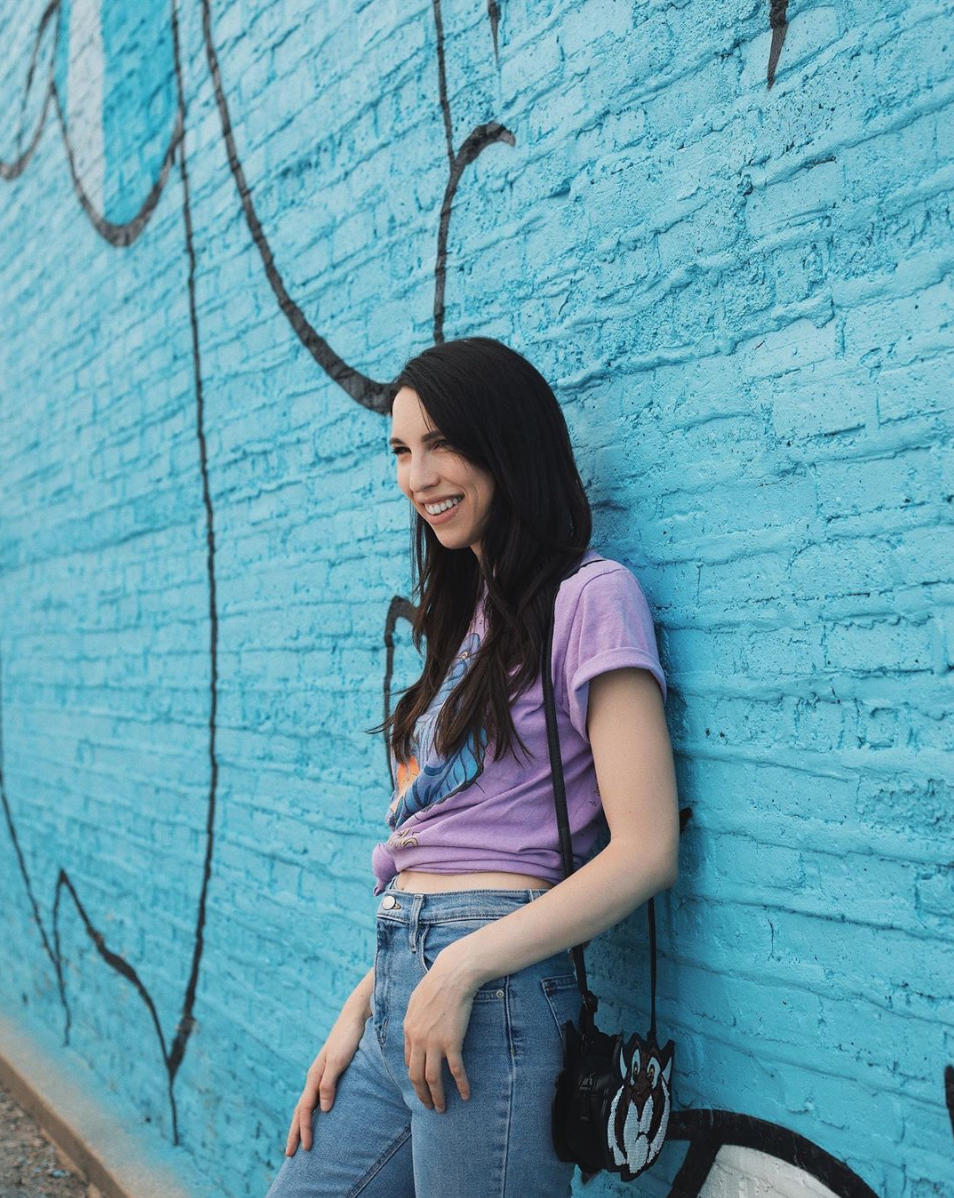 I need all the coffee today 🥱😴 (p.s. my computer is so dirty, don’t judge me)
This bookcase, at one point, was crazy looking. When Blockbuster went out of business, I would go and buy as many movies as I could on sale. I wanted to have an insane collection, but it honestly started to overwhelm me. I’ve finally started to weed out the films I didn’t care for and took out tv series sets I’m never going to watch again (I could probably get rid of the two seasons of Boy Meets World I have too 🤣). I’m proud that I’ve cleaned out as much as I have. I’m trying to get that Harry Potter shelf on another level, so the space is important 😝