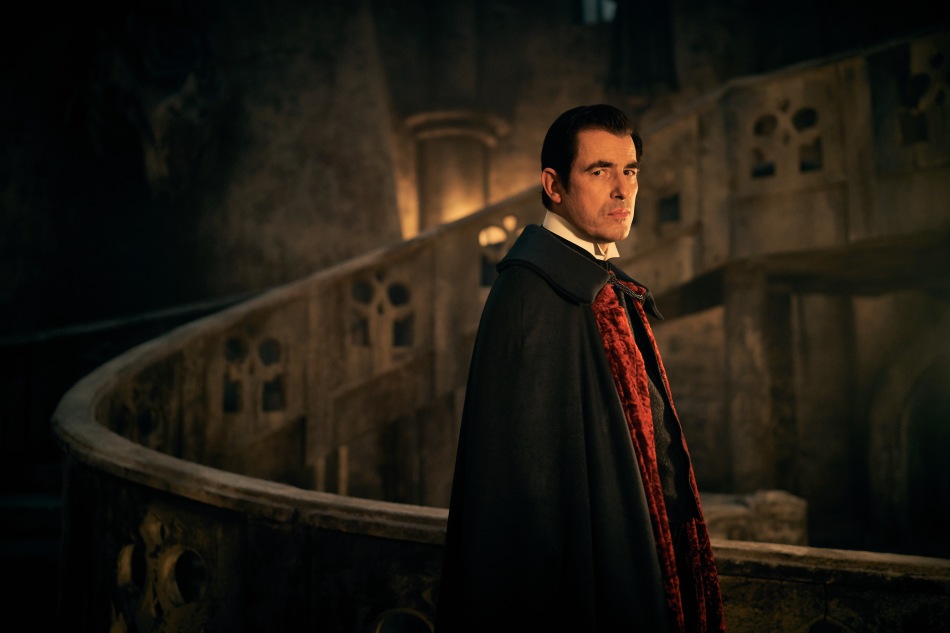 When I first saw the viral billboard for BBC’s upcoming Dracula miniseries, I was beyond intrigued. It was a creative marketing idea that certainly did its job. Those in the US could watch the series beginning New Years Day on Netflix. While I was excited about this adaptation, based on the Bram Stoker novel of course, the three parter lost me in several moments, leaving me feeling a bit unimpressed throughout, but especially in its final moments. 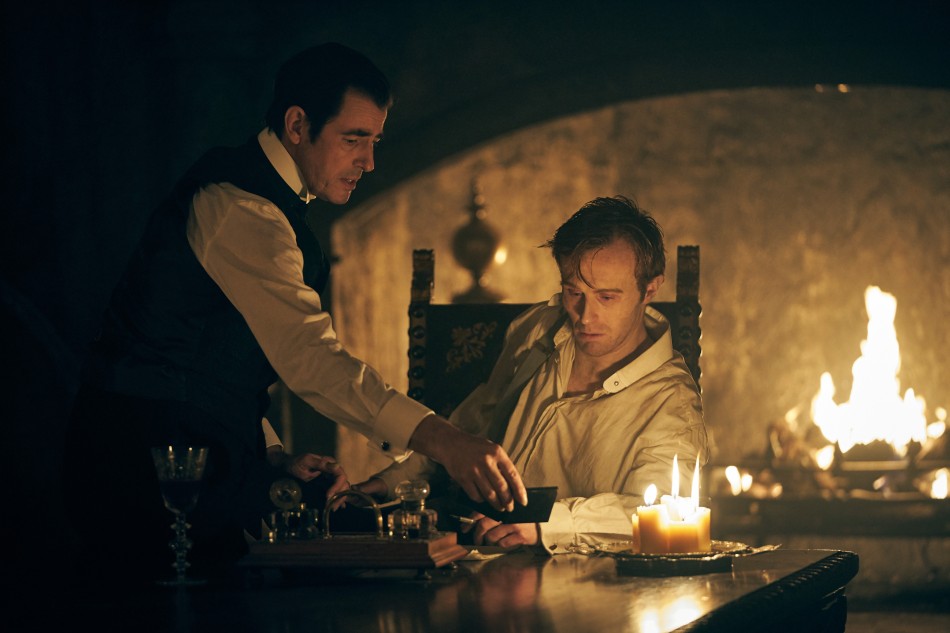 In 1897, Jonathan Harker (John Heffernan) recounts his experience with Count Dracula (Claes Bang) as he lies weak in a convent. He speaks to Sister Agatha (Dolly Wells) and another young nun about his travels to Dracula’s Transylvanian castle.

Upon arrival, Harker is greeted by an old man – frail and with a thick Eastern European accent. The castle is cold and there seems to be no staff maintaining the property, but despite his curiosities, Harker aims to finalize his business so he can quickly return to his fiancé Mina. When he sees Dracula again, he is confused by hiss younger appearance and new accent. Though, for some reason, not nearly as confused as he should be. As Harker grows weaker, he realizes Dracula has different plans for him.

Meanwhile, Sister Agatha continues to pry for every detail of his encounter with the Count – hoping to understand more about the legendary vampire. Little does she know, she will have her own encounter with him soon enough.

The series is broken up into three parts – Harker’s experience in the Count’s castle, the Count’s travels to England, and a third, more unexpected act (that I’ll reserve to avoid spoilers). In the first and second part, it is very much your modern grasp at classic gothic-style storytelling – reminiscent of Van Helsing (2004). It has some recognizable moments and characters from the original story, and I loved the vampire lore and development in the first and second episodes.

The thing that I struggled with, was at times the hokey nature of the gags Dracula would perform. While he’s a showman of sorts, you expect some, but the issue is with how the people behind the camera tackled it in editing. It took away from the frights and just made it slightly laughable at times.

Overall, the mythos were inconsistent, as they tried too hard to put their own spin on it and seemed to forget what they decided on. In a scene in episode one, Dracula shatters a mirror that Harker has brought to the castle. It is perhaps the more goofy scene of the series (think Twilight level goof). You assume mirrors have an effect on him or perhaps give him away (i.e. no reflection). But by the third episode, he calmly looks into a mirror to show a potential victim that vampires do in-fact have a reflection. So then, why was it established he’s scared of them?

My biggest issue with the series revolves around the third episode. It takes a rather jarring shift in tone and concept. Something that feels disjointed from the others, and it’s rather boring to be honest. It perhaps would have worked as a separate season, but as a supposed cohesive piece with the others, it completely fails. It would have made for a better episode of Black Mirror.

I found it to be a bit all over the place, unsure of its identity but soclose to finding it. Is it a gothic horror? Is it suppose to be witty and humorous? If all the above, they didn’t find success in blending it all.

There are some creepy moments and even better special effects makeup and monsters, but there isn’t enough of it. When it shifts gears in the third episode, you have to reconnect with the series, but the payoff at the end doesn’t make it worth it. It could have thrived as a period piece, but they jolt it into something else and the impact is lost.