Guy Ritchie’s newest feature is a star-powered action flick with a cunning edge of British crime thriller mixed with some American flare. It’s a cockney explosion that keeps the viewer on a fast-paced ride from start to finish. With a jam packed script, The Gentleman is a humorous affair that at times can be cumbersome. It’s signature Ritchie and extremely suave, but it may only leave you with a moderately okay taste in your mouth.

Mickey Pearson (Matthew McConaughey) made his fortune off a well-oiled marijuana empire that he’s been growing since his university days. He’s looking to get out of the game and sell his company for a measly $400 million to a Jewish American billionaire (Jeremy Strong). What should be an easy business transaction becomes far more complicated than that, as a series of misfortunes come to pass, impacting the value of his business.

Pearson’s right hand man Raymond (Charlie Hunnam) looks into these potential inside jobs, as he learns of betrayals from an eccentric private investigator (Hugh Grant), while simultaneously being blackmailed. 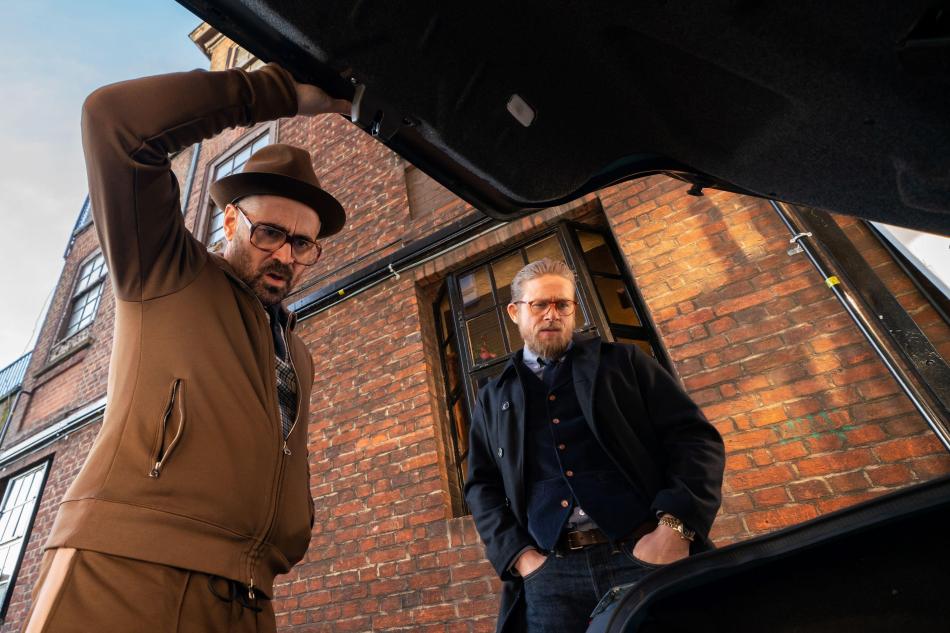 The Gentleman is certainly a thrill-ride of a flick, with tons of action, gunslinging and debauchery. It’s full of exceptional talent, lead by McConaughey and Hunnam – while the latter steals the screen in most instances. Truthfully, I think his character was by far the more interesting one of the lot.

I found my biggest dislike of the film was the overcrowded script and the extremely exhausting plot. The film kicks off with a bang immediately, which was great, but then you are just shouted at with information for the entirety of its 113 minutes. It can be the burden with an ensemble cast, and Ritchie nearly balances it, but it’s like listening to someone who doesn’t take breathes in between sentences – it felt overwhelming

The humor really helps to recover in most instances, as the film borderlines satire at times. Though some jokes took things a little too far with racial tones that it left a sour taste in my mouth. There’s a whole back and forth about calling someone a “black cunt”, for what reason? I really don’t know.

It was a mixed bag for me, which leads me to a mixed reaction. It’s elevated by the incredibly talented cast, but it’s so full it’s almost busting at the seams. There are things I liked about it, for sure, but I’m not sure it’s a film you need to spend the money on to see in theaters.