We’re nearing the end of October, which means 31 Days of Halloween is almost complete! If you’re still here, thanks for sticking around – it’s been a pretty long month, for me at least. I thought I’d switch things up for the weekend, and introduce a short series for your viewing pleasure.

I’ve long been a fan of anthology shows, and there have been no shortage of them over the last few years; especially within the horror genre. So I’m sharing a few new(ish) streaming programs to give you some binge-able horror to enjoy this weekend. Up first is Two Sentence Horror Stories, a shorter-format show that you’ll be able to finish easily in one night.

Recommended: CREEPED OUT: This Gen’s ‘Are You Afraid of the Dark?’ with a ‘Black Mirror’ Twist

The series is based on those spooky internet memes, where the entire scary story must be within two sentences. Some of them are creepy enough to have a little shiver go down your spine, and I’ve always wanted a series or film to be adapted from them.

That’s exactly what The CW did, having first launched the series online and premiering back in 2019. The first season is comprised of nine 20-minute episodes, all with self-contained stories, which modernize some of the more popular tales for the digital age. They are all fairly mild, in terms of the scares, which is not surprising considering The CW’s core audience; though some episodes pack a bigger punch then others.

My favorite episode of the bunch is “Tutorial”, the sixth episode in the series. It follows a young blogger as she films a makeup tutorial, while discovering there is an intruder in her home. The entire episode is from the perspective of her webcam and home security cameras, and it features some great twists and turns throughout.

If you were into the fan fiction stories from back in the day, I definitely think you’ll enjoy watching these. I found the formula of this series to be rather intriguing too. The two sentence tale isn’t fully revealed until the very end, so it’s a bit of fun trying to figure out what the message is, and if it’s one you’ve read before.

You can watch Two Sentence Horror Stories on Netflix or on The CW app.

HYPNOTIC: A Rather Sluggish Thriller

Seeking a new form of therapy, Jenn begins to see a charming hypnotherapist named Dr. Collin Meade. After a series of mysterious circumstances—with Jenn misremembering events—she becomes alarmed that her new therapist has a dangerous hold on her and his END_OF_DOCUMENT_TOKEN_TO_BE_REPLACED

As 31 Days of Halloween winds down, I’m really trying very hard to catch up on many films I’ve had on my list for a long time. That includes these three that were all released within the last year or END_OF_DOCUMENT_TOKEN_TO_BE_REPLACED

To honor their late friend, a group of friends set out on a hike in northern Sweden. When they need to take a shortcut through a more wooded area, they find themselves stalked by something in the night. Based on END_OF_DOCUMENT_TOKEN_TO_BE_REPLACED 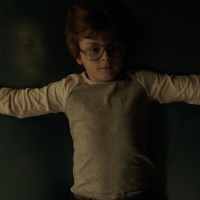 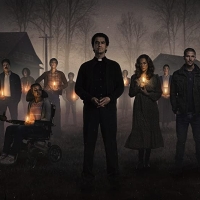