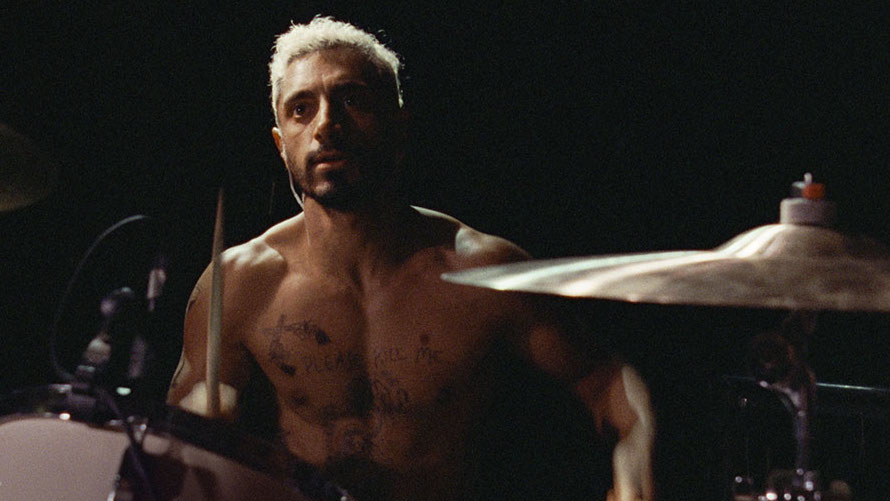 A passionate musician begins to lose his hearing, and while it feels like a derailment of his career, it places him on a journey of rediscovery. Written and directed by Darius Marder, Sound of Metal is the standout film of the year and a masterpiece in inclusive, thoughtful filmmaking. It’s an emotional story that’s backed by an incredible cast, with an enthralling performance by its star. But even more, it’s a transformative experience for you as an audience member.

Ruben (Riz Ahmed) is a touring musician alongside his girlfriend Lou (Olivia Cooke), as the drummer for their metal band, Blackgammon. Both on the path of recovery, the duo perform in venues across the country with music being their outlet and their connection. As an addict, Ruben tries to maintain a healthier lifestyle, the opposite of the clichéd rockstar – focused on their future.

But all that is sidelined when one day, his hearing begins to become muffled. After consulting with a specialist, he finds that it is permanently damaged—whether by his job or an underlying medical issue. Concerned for his wellbeing, Lou contacts Ruben’s sponsor, who directs him to a Deaf community home, where he can stay clean and find support, while learning how to adapt to his new life.

Sound of Metal is so visceral, with everything just so beautifully thought out – it’s perfect storytelling truly. The film tackles matters of addiction, depression, codependency, and grief through its complicated characters. While the subject matter is heavy, it’s not just a story about one man’s experience of loss – in this case, his hearing – but about finding something along the way. It explores the complexities of human experiences; how it’s not so linear, with nothing being formulaic or wrapped in perfection. This really allows its cast to shine, particularly Ahmed, whose character’s journey is a complicated road.

I’ve been a fan of Ahmed since 2016’s The Night Of, though he’s been an accomplished actor and musician for much longer. He’s such an engaging artist, capable of bringing life to these emotionally complex characters. But his performance as Ruben is on another level. There are subtleties in his acting that don’t go unnoticed, as he embodies Ruben in totality. It’s even more impressive to learn how much he committed to learning both the drums and American Sign Language (ASL) for the role. And though the use of sign language in this film is expected, it plays an even larger role for its audience.

The film uses closed captions throughout, from the sound of a faucet dripping to the lines spoken by characters. The only exception to this is when a character is communicating with ASL. This was a very calculated move by the director, which gives many the experience of not understanding sign, just like Ruben. It serves as a beautiful gesture of inclusivity for deaf audiences, while bringing an awareness to hearing viewers. Even as someone who knows sign, it panicked me for a moment because I’m so used to it being captioned in entertainment.

The film also took an honest and humbling approach to all of Ruben’s experiences, as he’s finding his way in this new world and culture; the frustration and naivety that comes with it. His natural missteps. Like when communicating with Joe (Paul Raci), leader of the deaf recovery home, he gestures with his hands over his mouth, though Joe had explained he reads lips. I especially loved when Diane (Lauren Ridloff) teaches him how to sign his own name. Every error he makes and how she corrects his hands. It all reminded me so much of my own experience learning sign and about the community.

When I studied Film in college, I had also received my certificate in Deaf Studies, after practicing ASL for years. It’s quite joyous to see the two merging with this film, as they rarely do. I’m so awed by how wonderful this film is and how considerate it was in every aspect. It kept me engrossed in the story from start to finish; and the closing scene is so poetic, it truly took my breath away.