Paul still dreams of stardom, though his time to shine has long since passed. Still living with his mother well into his 40s, he’s gunning for his big shot at a national talent competition. But his audition day goes less than smoothly, leading to major embarrassment on his part. At his wits’ end, he concocts a scheme to exact revenge on those who did him wrong — in a sequin Bowie-inspired jumpsuit no less.

Directed by Nick Gillespie, Paul Dood’s Deadly Lunch Break offers some surprising treats throughout its satirical revenge story, with an 80s synth-pop soundtrack to back it. There’s a nice balance to the dark humor elements, thanks to a unique and clever script. It’s a bit over-the-top at times, but that’s what makes it so much fun and unpredictable for viewers. The film even has a bit of heart to it; both figuratively and literally.

This comedy-thriller takes a brutal turn as a body count begins to form. There are some inventive deaths with amazingly gross gags thanks to some practical effects. Something that will certainly be memorable for viewers. But even more memorable is Tom Meeten, who portrays the titular goofball character. He delivers such a charismatic performance that perfectly fits with the wacky tone. He’s unabashedly cringe, endearing, and horrifying all at the same time.

The “endearing” nature of the film comes from Paul’s relationship with his mother, played by June Watson. There are some surprisingly emotional moments between the two and surrounding their closeness, that we begin to develop some empathy for Paul. But don’t be fooled, this is a deadly and hysterical adventure for the majority.

There’s a slight element of social media to it with a platform called “Trend Ladder”, that Paul begins to find infamy on. With quite a few of SXSW’s content focusing on digital elements, I was glad it didn’t overdo it and it’s just a small addition to the story. If you saw 2020’s Spree, the idea is roughly the same, though this film succeeds in both the satire and overall execution.

Paul Dood’s Deadly Lunch Break is one ridiculous and wild viewing experience, with a great supporting cast and a style all its own. If you like some dry, British humor combined with some horror elements (think Shaun of the Dead), you’ll want to keep your eye out for this bonkers film.

Ninjababy is a Norwegian film directed by Yngvild Sve Flikke, and based on the graphic novel, Fallteknik. The film is absurd, hilarious, and lovable as END_OF_DOCUMENT_TOKEN_TO_BE_REPLACED

Women is Losers, directed and written by Lissette Feliciano, is an immensely emotional story that doesn’t pull its punches. The film touches on topics of END_OF_DOCUMENT_TOKEN_TO_BE_REPLACED

The Pandemic Stories of SXSW 2021

Something expected to come out of 2020 were films inspired by the pandemic—for better or for worse—with several premiering this year at SXSW. What wasn’t END_OF_DOCUMENT_TOKEN_TO_BE_REPLACED 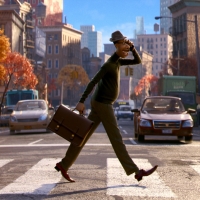 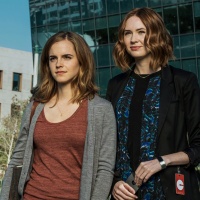 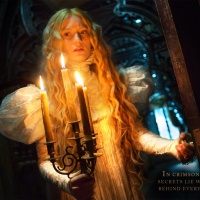