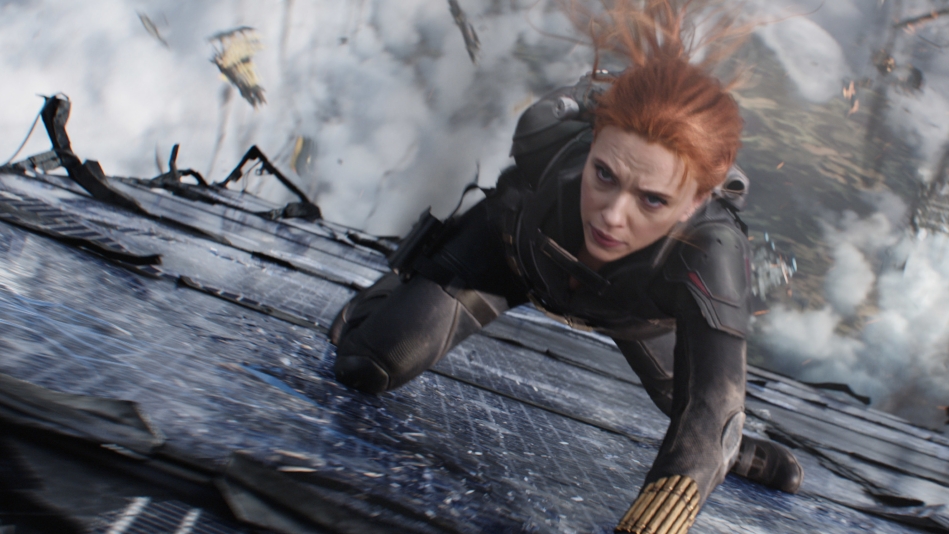 The long-awaited arrival of Natasha Romanoff’s spin-off is finally here. Taking place right after 2016’s Captain America: Civil War, Black Widow sees the titular Avenger on the run and reconnecting with her past. While it certainly provides an action-packed and emotional story, its placement in the timeline has this film feeling a bit off.

Black Widow sets out to fully explore the rich backstory of former spy Natasha (Scarlett Johansson). The character has been around almost since the start, with breadcrumbs of an intriguing past sprinkled throughout the previous films. With this installment, we’re given insight into her pre-Avengers life and the people who were part of it.

It’s a simplified Marvel film, not set on adding to the overall Marvel Cinematic Universe or stuffing it with reference after reference. At its core, it’s a solid spy thriller. This aspect will certainly be something polarizing to audiences, which I’ll dive more into later.

The film introduces us to Natasha’s “family”; her fake parents Alexei (David Harbour) and Melina (Rachel Weisz), and her younger sister figure Yelena (Florence Pugh). It was a nice direction to take, presenting this pseudo-family drama to flesh out an important moment in Natasha’s life. Each are welcome additions, bringing their own impact to the film with palpable chemistry between the four. Their banter is effortless and performances are top-notch. It’s truly a highlight of the film.

Of course, it’s not all familial quips, and it wouldn’t be a Marvel movie without exceptional fight sequences — which Black Widow has. It was great to finally have the focus on Johansson, letting her shine as the iconic hero she’s become. There’s even a great tease about her techniques from Pugh, who holds her own with every punch as well. And though Taskmaster as a foe was underwhelming in the end, their battles were pretty fantastic.

There’s a lot of great aspects to Black Widow, but it certainly is not the strongest MCU film. The longer I’ve sat with it, the more issues I have with it in general. Most obvious being Natasha’s current status as *spoiler* very dead, as seen in Avengers: Endgame. It feels bizarre to tell a story for a deceased, completed character (Johansson has seemingly confirmed she’s done), plucked from a random period that was several films—and major events—ago.

It also struggles with feeling cohesive with the MCU, despite a few offhanded mentions. While I’m sure the goal was to put the spotlight on Black Widow and give her her time to shine solo, the MCU always intertwines itself with the others, and this film lacks that; mainly due to its place in the past.

Black Widow succeeds for the most part, thanks to director Cate Shortland (first solo female Marvel director, I may add) and screenwriter Eric Pearson. There’s great emotion behind it, natural humor, and spectacular stunts. The fault lies in its position. It kicks off the film slate for Phase Four of the MCU, without providing much for the lineup; aside from a short post-credits scene. If this was released in the thick of Phase Three, it probably would have been a knockout.

0 comments on “BLACK WIDOW: A Great Story, but Oddly Timed”