With a rich history of Bigfoot sightings, a couple adventures to Northern California to explore the myth of this creature. Taking a found footage approach, the 2013 independent film Willow Creek builds suspense in the most minimalist of ways, but the time it takes to get you there, combined with a short payoff, ultimately lets the viewer down. 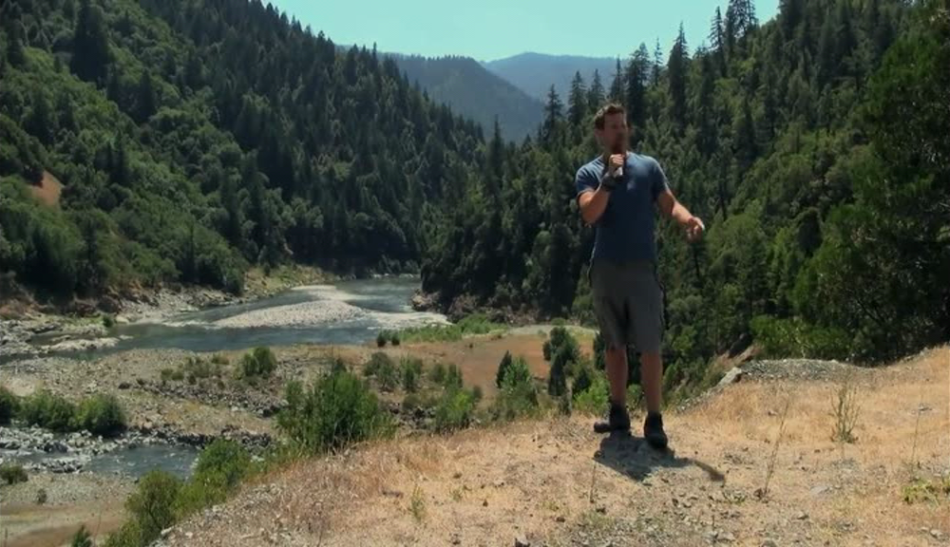 Bigfoot enthusiast Jim (Bryce Johnson) ventures to Willow Creek with his girlfriend Kelly (Alexie Gilmore) to shoot a documentary on the legend. While Kelly finds the whole thing to be overly ridiculous, Jim is fascinated by the creature. The town itself relishes in its claim to fame and he begins to interview locals about sightings. Despite several warnings to not go into the woods, the two set out with their camping gear to find the most prominent spot of a Bigfoot sighting.

Throughout the night, the couple is kept awake by mysterious animal noises and snapping branches. Could it really be Bigfoot? As the noises become more menacing, with only their tent between them and whatever is out there, they decide to abandon the film project and leave in the early hours of the morning. Although is proves difficult as they walk in circles while seemingly being followed. Kelly begins to panic as they fail to navigate through the woods and night is approaching swiftly. It appears these two may never escape the woods. 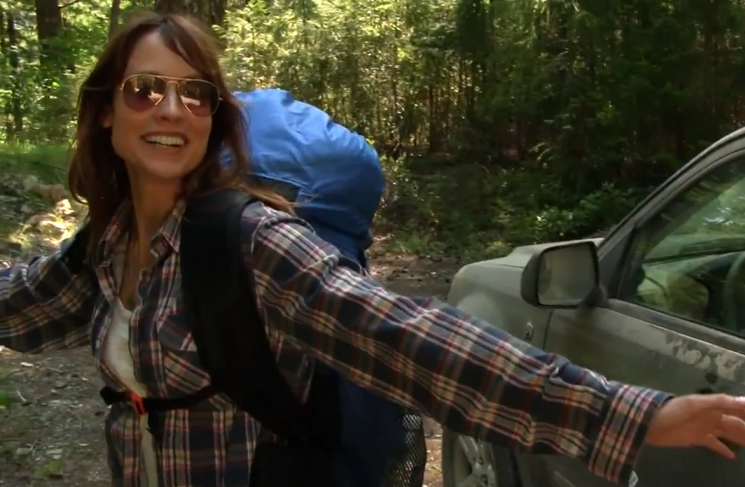 While not original in its faux-documentary style, Willow Creek sets up a promising premise. Is the legend of Bigfoot real? Or is this couple just being tormented by crazy locals? The ending moves at a very fast pace, not so much resolving everything, but giving the viewer some insight into what might be going on. However, the filmmakers flubbed their climactic ending with such a drawn out (and boring) first part of the film.

To set it up as a documentary, Jim interviews a lot of locals in the area. This portion of the film, which takes up a majority of the time, is so slow and repetitive, it’s almost enticing to just fast-forward through it. When our characters finally make their way into the woods, setting up camp for the first night, we experience the unknown in the same sense as they do. We are trapped in their tent with them, at some points, lights completely off. This moment of terror for the couple is heart-pounding in the beginning, but wavers as time extends and nothing happens. We are then met with a similar scene once again, with the exact same set up and failure to deliver any genuine scares. When you know you can’t expect anything, the whole scene loses the ability to effect the viewer.

While the ending is exciting, Willow Creek fails to engage its audience during two thirds of the film. It’s a found footage film that could have utilized the gimmick well, but just couldn’t get past the development stage. With such an exciting premise, and perfect mythology to explore, the movie itself is too tedious to watch and the end doesn’t make up for it.